Welcome to the Fair 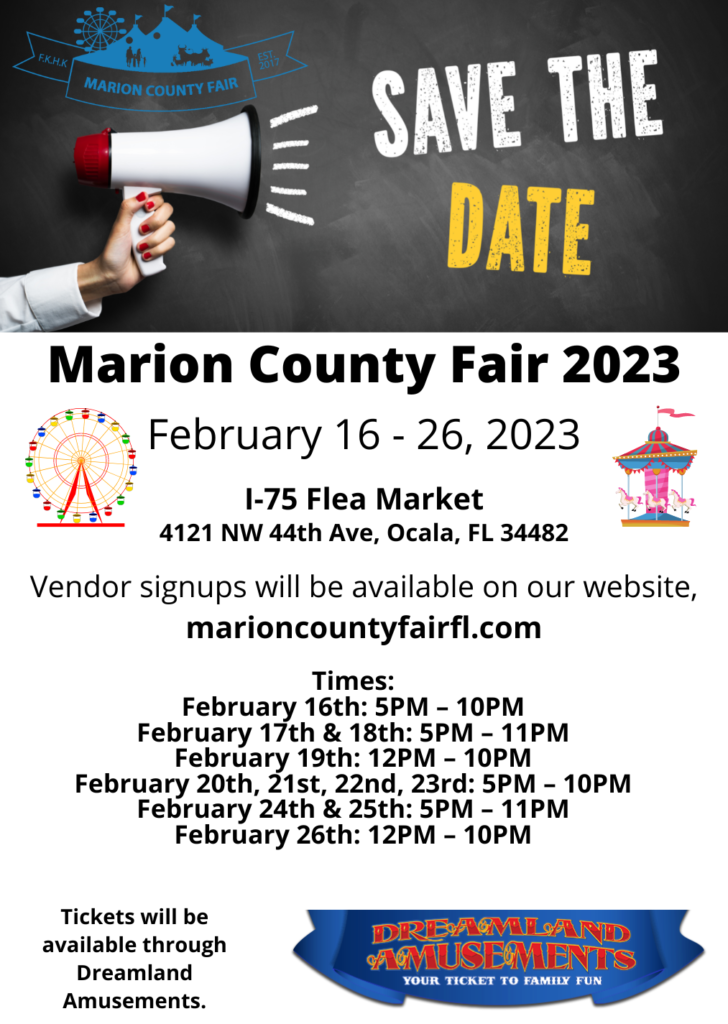 Marion County Fair to be Held at the Paddock Mall in Ocala, Written by Amanda Clark for Family Times Magazine, Feb/March 2020 Issue.

Marion County has not had an “Open” County Fair since 1996 when it was called the Peanut Festival/ Marion County Fair. In fact, Marion County does not have official Fair Grounds, so each year in order for us to host our County Wide Fair; we need to locate a property large enough to accommodate a Mid-way that takes up 5 acres, Livestock shows, Entertainment, Creative Arts, Vendors, and Parking.

The Marion County Fair made its comeback October of 2017 when Marion Military Academy sponsored our first location on 20 acres. Out of the history of County Fairs, this is the only fair within the USA that was created by a youth group. In 2012 Florida Kids Helping Kids started off with small family carnivals to raise funds for community projects. When the event needed to expand they reached out to a larger midway company Wade Shows to help them grow. Wade Shows specializes in start up fairs, and since Marion County has not had a County Fair in so long, this was a perfect to join forces in making a comeback for a County wide fair. 2018 the youth group filed with the State of Florida to become a Marion County Fair Association, and it is still in the process of the Charter Application procedures.  We appreciate your support.

Come Join Us At The Fair!

Stay up to date with the Marion County Fair by subscribing to our newsletter!